May Report from the Interim Session 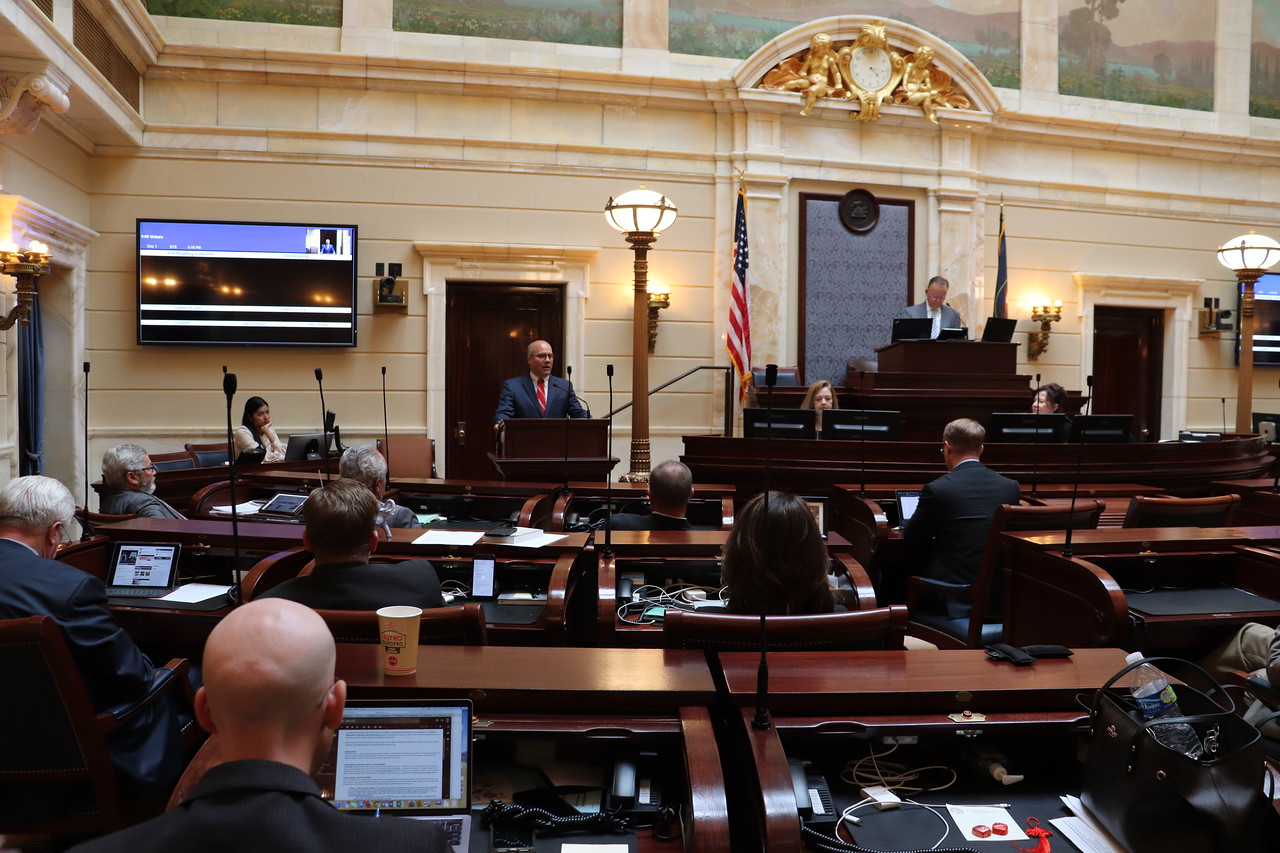 Welcome to what we call the “interim session.” This is a great opportunity to get involved with the legislature. To learn more about interim and what covered last week, then keep on reading:

What is an Interim?

During the 45-day general session, many items that do not make it through committee are put on a master study list. The committee chairs then prioritize what should be studied over the interim period based on this list and input from committee members.

The Senate President and Speaker of the House of Representatives and committee chairs meet to collectively determine the final list. The Legislative Management Committee then votes to adopt interim study items and the schedule for the year. Due to the limited number of meetings, committees focus on those issues that are a top priority to help ensure a proper vetting.

Interim committees then study the identified key issues facing the state. They listen to expert and public testimony to determine whether or not to recommend legislation, and they vote to prioritize particular bills for the upcoming general session and occasionally for future special sessions.

Unlike during the general session, when the Senate and House each have standing committees comprised of only their own members, interim committees are made up of both senators and representatives.

These meetings are held throughout the year, generally the third Wednesday of the month, and are open to the public, can be streamed live or listened to at a later date at le.utah.gov.

See the list of proposed 2019 interim study items here. A list of committees can be found here.

Many of the 574 bills that passed during the 2019 legislative session have gone into effect as of May 14. Though, if a bill is receiving funding, the funds will be distributed in the next fiscal year, which begins July 1, 2019.

Additionally, many have also asked where their taxpayer dollars go. In order to be open and transparent, the Legislature has developed an interactive tool to see where funds are being distributed.

One of the many duties of Utah State senators is to review nominations for vacant public positions such as judges, council members, board members, commissioners, etc. made by the governor. During advice and consent on May 15, the Senate confirmed several appointments made by Governor Gary Herbert, including one in the Second District Court.

The Utah State Board of Education, Utah School Superintendents Association, Utah Department of Human Services, Utah Commission on Criminal and Juvenile Justice and the Department of Health have been asked to participate in the working group along with legislators.

In The News: KSL

As you may know during the past legislative session, HB 441, Tax Equalization and Reduction Act, did not pass. To study the issue more in-depth, the Utah Legislature formed the Tax Restructuring and Equalization Task Force, which consists of appointed members from the Utah Senate, Utah House of Representatives and four non-voting members.

There is a structural imbalance with our current tax system. We are switching from being goods based consumers to services based consumers. Additionally, there is an increased demand on programs funded by the sales tax (General Fund) including Medicaid, transportation and public safety. Revenue needed to support essential programs are not keeping pace with the needs of our growing population. It is necessary to address structural funding imbalances that are occurring to prevent the problem escalating.

What’s next? You! The task force is expected to complete a series of town hall meetings throughout the state. The goal is to obtain feedback and suggestions from the public to help come up with a solution. Your input is going to be valuable in the how to best modernize our tax system. I encourage you to be engaged and take part in these discussions.

The dates and locations for the town halls will be announced once finalized.

Did someone say flying cars and delivery drones? Flying vehicles are already being tested by private companies and universities, including the University of Utah. Some states have launched urban air mobility programs. Utah is discussing the possibility of examining the development, infrastructure and software regarding urban air mobility. While no action was taken by the Transportation Committee, dialogue concerning regulation and other concerns is expected to continue throughout the interim.

The Health and Human Services Interim Committee heard testimony on the status of the state’s cannabis program made legal with the passage of HB 3001, Utah Medical Cannabis Act, during a special legislative session in December of 2018. Andrew Rigby, Utah’s cannabis program manager, gave legislators a timeline for getting the program from the planning stages to the patients in the time available. The plan is for the Utah Department of Agriculture and Food to have cannabis ready for distribution by January 2020.

Deborah Blackburn from the Utah Division of Occupational and Professional Licensing pointed out that patients prescribed medical cannabis will not face repercussions for their use. The agency will treat medical cannabis the same way that any prescription medicine will be treated.

During the 2019 legislative session, a bill proposing to
make changes to Utah’s asset forfeiture laws was tabled after passing in the
Senate. SB 109, Asset Forfeiture Amendments, clarified some of the perceived ambiguities that existed in current law. The bill also required police to take asset seizure cases to state courts before going to federal courts and allowed law enforcement agencies that have not seized assets to still qualify for grants from the state’s asset forfeiture pool.

Discussions about proposed changes in SB 109 occurred during the Law Enforcement and Criminal Justice Interim Committee in May. Kim Cordova, the Executive Director of the Commission on Criminal and Juvenile Justice (CCJJ), explained the history of Civil Asset Forfeiture in Utah back to the year 2000. Currently, any property seized by police is placed into a CCJJ controlled account. Law enforcement agencies apply for grants from the fund. Members of the committee agreed changes need to be made so agencies are not incentivized to seize property in order to receive grants from the fund.

The issue will be studied in greater detail during the interim.

A concern that has been discussed over the last few years in Utah is how to deal with plurality in elections. The Government Operations Interim Committee heard from a policy analyst for the Office of Legislative Research and General Council about concerns and how other states address it. The policy analyst defined plurality as the result of multiple candidates in a field creating the possibility of votes being split multiple ways and the eventual winner ending up with less than a majority vote.

There are a variety of methods used to make sure that the eventual winner of an election wins by a majority of the votes. One often discussed is ranked-choice voting. Maine is the only state that currently uses ranked-choice voting. This method gives voters the opportunity to rank the candidates on the ballot. The lowest candidate is eliminated, and those votes are added to the other candidates in order of preference until a winner receives more than 50 percent of the votes.

It was decided to study HB 308, Abuse of Process and Demand Letters Amendments, during the last legislative session. The Judiciary Interim Committee heard a description of the issue addressed by the bill and watched a short clip of a news report detailing a few of many lawsuits that prompted the legislation. In 2017, dozens of Utah businesses were being sued for a variety of ADA violations. Business owners were frustrated because they have no record of the plaintiff ever doing business with them and they were not contacted about the violations to have the matters rectified. In all, over 100 businesses were sued by just a few plaintiffs making Utah number four on the list of states with the most ADA lawsuits.

The bill sponsor stated that businesses need to be made aware of issues and given the opportunity to fix violations without the fear of a lawsuit. He believes that this is an ethical issue and that a possible violation needs to be taken care of through a procedure for people to give the business notice of suspected ADA violations.

This committee agreed to study this issue during the interim. Access materials and audio from this committee here.

I want to take a moment to thank, honor, and remember those who have died while serving our country. I am grateful for the freedom we have as a nation because of those who made the ultimate sacrifice.