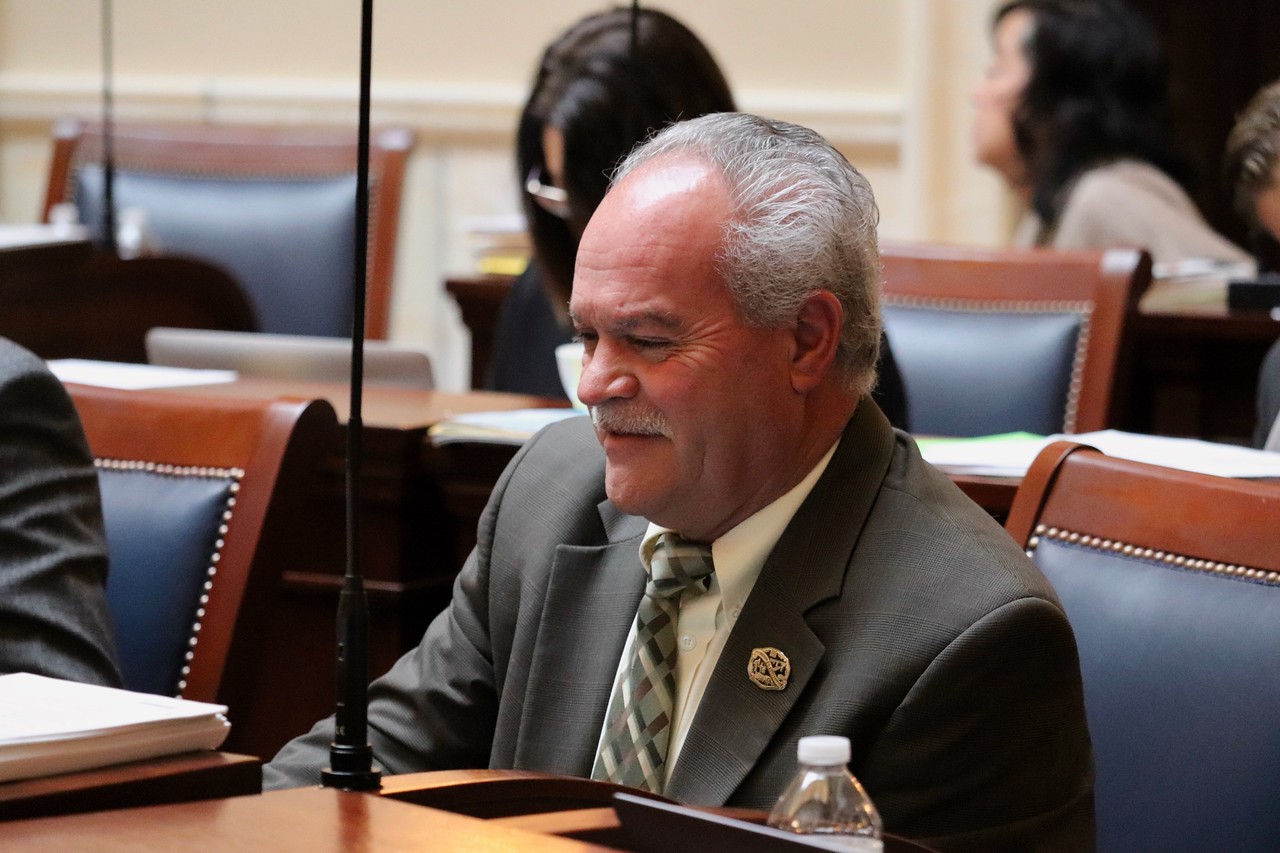 Just like that, Week 2 came to an end. That week was filled with committee hearings, activities that occurred on the hill, and meeting with my constituents. Read about legislation that took place over the week:

This interim, we adjusted our meeting schedule to include appropriations meetings every other month. The intent was to give us a chance to take a deeper dive into our budgets and be better prepared to pass our base budgets just over a week into the session. These base budgets allow our state agencies to continue functioning based on last year’s funding in the event we’re unable to come to a complete budget agreement. By passing these early, we avoid a government shutdown. This week, the Senate chairs of the many appropriations subcommittees presented their base budget bills on the Senate floor and all passed unanimously.

To listen to the floor presentations on these base budgets, click here.

Since 2001, Utah has been working with other states to implement an online sales tax. Until recently, it was difficult at best and impossible at worst to collect sales tax from online purchases. Individuals would go to brick-and-mortar shops to see a product in person and then buy the same product online from a company advertising no sales tax as an advantage. This gave an unfair advantage to online businesses over brick-and-mortar stores and prevented all transactions from being treated the same. With the Supreme Court decision on Wayfair v. South Dakota, states are now able to move forward with collecting sales tax on transactions whether they occur online or in person. Though this has resulted in additional revenue to the state, it was not the intention of the change in sales tax policy. The change was only to level the playing field and treat all parties equally. SB 99, Sales Tax Amendments, seeks to lower the rate of sales tax on items other than food and fuel to honor the commitment we made to keep this revenue neutral instead of collecting more money from our taxpayers. This bill passed out of the Senate Revenue and Taxation Committee and will next be debated on the Senate floor.

A major barrier to the solar and other clean energy industries has been the absence of the ability to store energy generated by the wind or sun. Those with solar panels still need to access the grid on days with inclement weather and during nighttime. Technology is perpetually progressing, and the ability to store this type of energy now exists. Though, it is also incredibly expensive. SB 111, Energy Storage Innovation, Research and Grant Program Act, is a clean-air bill seeking to kick-start energy storage. The bill would create a $5 million grant program for businesses and individuals who create their own energy to be able to store it on their property. The intention is to make the technology – which would otherwise be generally outside the reach of users – more accessible, kick-start demand and use market economics to drive the price down. This bill passed in the Senate Transportation, Public Utilities, Energy, and Technology Committee and now awaits discussion and debate on the Senate 2nd reading calendar.

When construction was completed on Legacy Parkway over ten years ago, Utahns found a roadway different than the freeways they were accustomed to using. Due to a compromise between the state and construction opponents, the Parkway bans heavy trucks and has a speed limit of only 55 miles-per-hour. According to Gary Uresk, the Woods Cross city administrator, citizens who live close to the Parkway have truly embraced its unique character. Those differences are set to go away when restrictions from the agreement expire on January 1, 2020. SB119, Legacy Parkway Truck Ban Amendments, was designed to extend the truck ban on Legacy Parkway until 2022.

When considering the bill in the Senate Transportation, Public Utilities, Energy, and Technology Committee on Thursday, some members of the committee expressed concern over the possible precedence that such a ban would have on other communities, especially considering the enormous growth Utah is predicted to see in the coming decades. The committee voted not to advance the bill.

If you own a food truck, there are a couple of things to be aware of. For the third year, SB 71, Food Truck License Amendments, will solve issues in accordance with municipal cities. In the second amendment, counties may not require food trucks to go home every night after an event. The language on the bill also clarifies land ordinance regulations and fees. For instance, cities cannot charge a fee or require a permit for food trucks parked on private property. Cities cannot require the dates, times and/or locations in advance for where a truck is going to station. Reciprocal licensing fees need to be sufficient to cover the cost of processing the business license. The Utah League of Cities and Towns and the public spoke in support of this bill.

This bill passed unanimously on February 7, 2019 in the Senate Business and Labor Committee.

An issue often discussed in Utah, and across the nation, is the need for a labor-ready workforce. For decades, the answer was higher education, but certain industries still voice complaints on a lack of qualified applicants. SB 138, Utah Apprenticeship Act, may lead to a possible solution to this dilemma. SB 138 creates a submission process through which certain industry associations can create apprenticeship programs. This legislation specifically addresses professional apprenticeships in manufacturing, financial services, banking, medical and information technology sectors.

The approval process will be overseen by a Talent Ready Utah Board encompassing stakeholders from Higher Education, Public Education, Division of Occupational and Professional Licensing, Utah System of Technical Colleges and the industry associations. These apprenticeships could begin as early as age 16 or the junior year in high school. The curriculum would also include stackable credentials applicable to certain degrees in higher education. SB 138 passed out of the Senate Business and Labor Committee on Thursday with a favorable recommendation.

In the News: Deseret News |

In general, public school districts in Utah have three main categories of information technology systems: student data, HR or teacher’s data and financial data. In many cases, these three systems are unique and don’t always communicate very well. In analyzing these systems, policymakers from the school board level to the legislature have concluded good data leads to good decisions and, subsequently, good outcomes. The prospect of fixing all three systems categories is daunting and expensive, potentially as much as $87 million; too much education money to dedicate to one task, no matter how important.

SB112, Public Education Information Systems Uniformity Act, will start by addressing a small but important part of this task: student data. SB112 creates standards so each district is using a system, while not necessarily uniform, will have the ability to communicate with others statewide. The bill passed out of the Senate Education Committee with a favorable recommendation.

In the News: Lehi Free Press