This week on the Senate floor, we recognized the winners of our 6th Annual Senate Art Contest. There was no theme this year, which led to a wonderful variety of subject matter. The contest received over 250 submissions from 9th–12th graders throughout the state. Twenty students won $500-$5,000 scholarships. I am proud to announce the winners from my district: 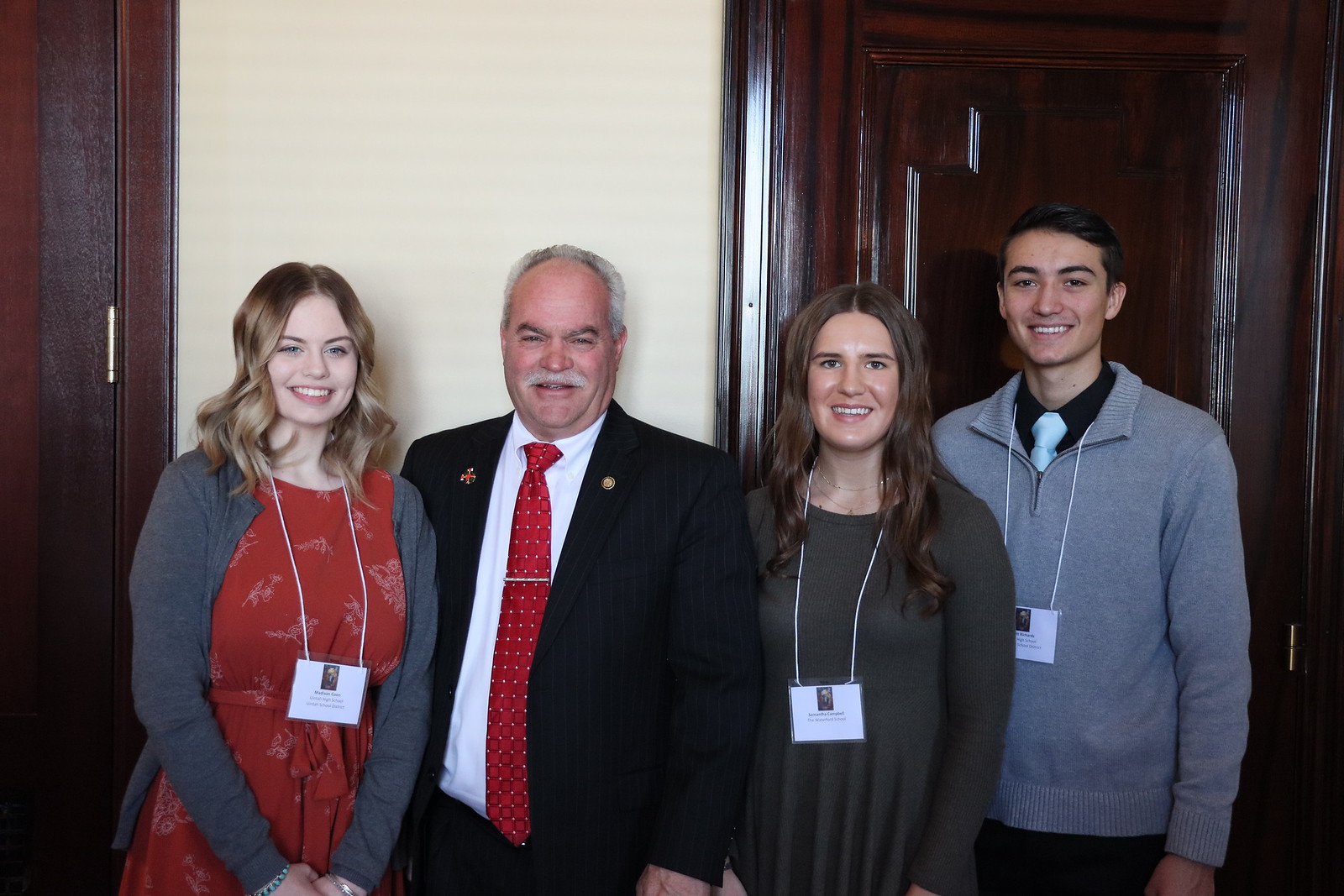 Winning entries are currently on display on the third-floor exhibit at the Capitol building. Congratulations on your accomplishment!

During each Legislative Session, the Utah Senate honors families of Utah’s fallen service members on the Senate floor. It is deeply sobering to see so many people walking onto the Senate floor to represent family members who have passed away during the past year. We paid tribute to those left behind – parents, spouses, siblings, children and friends. As an elected body of legislators, we have the opportunity to help exercise our nation’s right to self-governance. We honor Utah’s military families for protecting the freedoms we enjoy in this great country and state. See photos honor families of Utah’s fallen service members here.

Below are some weekly legislative highlights and bills to watch for:

Electric Energy Storage Tax Credits – SB77 Electric Energy Storage Tax Credit is a refundable income tax credit for businesses and industrial users of energy. In an effort to reduce energy waste, this bill would help support existing clean energy and build smart, resilient, secure energy grids. It would help property owners, individuals and institutions invest in large-scale onsite battery storage. For individuals, the rebate would cover 25 percent of the cost for $5,000 and over. For large commercial and industrial users, it would cover 10 percent of the cost for up to $100,000.

Recreational Access to Public Waters – In 2008, a fisherman on the Weber River was issued a citation for trespassing. The fisherman filed a lawsuit, which was eventually appealed to the Utah Supreme Court. This issue has now been debated in the courts and the Legislature for over 10 years. Much of the discussion has centered on what rivers may be considered navigable. S.B. 63 Recreational Activities Related to Public Waters is a collaborative effort between stream access advocates and private property interests. The bill defines points in the law not specifically defined by the Supreme Court, such as width of access (defined by the bill as the vegetative line) and activities that can legally be conducted in the stream access area. The bill passed in the Senate and will now be considered in the House. View the presentation of the bill on the Senate floor here.

Higher Education Governance – In an effort to better meet higher-education needs of both students and employers throughout Utah, S.B. 111 Higher Education Amendments proposes to create a unified system of higher education, bringing Utah’s eight public two- and four-year colleges and universities (USHE) and Utah’s eight technical colleges (UTech) under the same umbrella. You can listen to the committee presentation here.

Veterans Treatment Courts – While many veterans are strengthened through military service, the combat experience leaves some struggling with issues such as PTSD and drug abuse. Left unaddressed, these issues can escalate to involvement in the criminal justice system. When this occurs, Veterans are connected with a veteran treatment court, and go through a program requiring attendance at treatment sessions that usually last 2–3 years. Upon successful program completion, charges are usually dropped. You can listen to the floor presentation here.

250th Anniversary (Semiquincentennial) of the United States of America – In honor of adopting the Declaration of Independence in 1776, HCR 1, Resolution Recognizing the 250th Anniversary of the United States of America will allow the governor to form a committee to organize a state-wide celebration of America’s 250th birthday in 2026. The national organization spearheading this celebration has asked Utah to join other states in commemorating this historic event.

Hope you have a Happy Valentine’s and Happy Presidents’ Day! Proud to honor all U.S. presidents, both past and present.