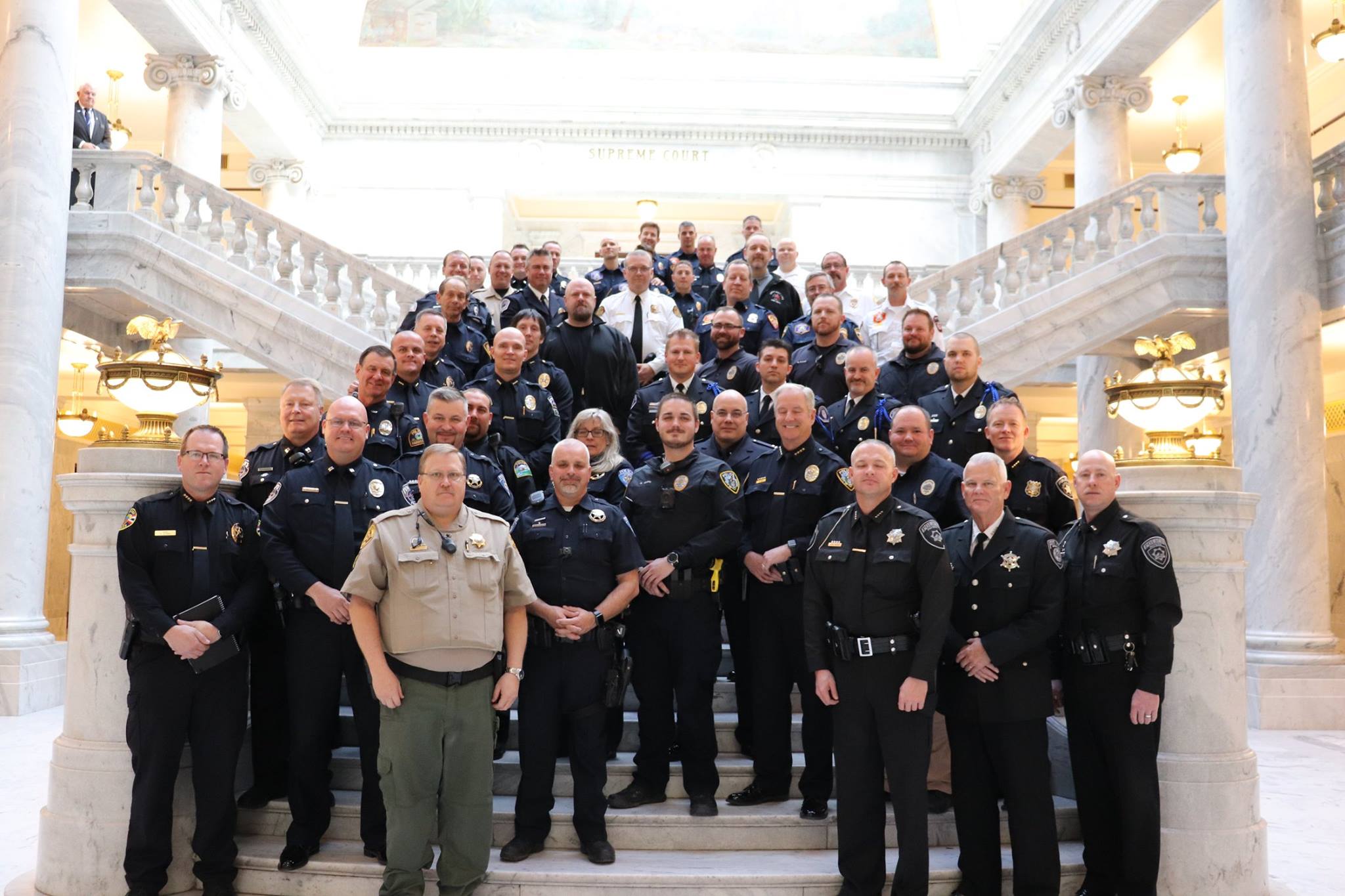 We are officially on week 6 out of 7. Read about legislation that took place on week 5.

In 2010, the state changed the benefits structure for public safety employees. Prior to the change, our Public Safety Officers received 50 percent of their salary in retirement benefits after dedicating 25 years of service. With the change in structure in 2010, retirement benefits dropped to 37.5 percent of their salary. SB 129, Public Safety and Firefighter Tier II Retirement Enhancements, increases the retirement for police forces and firefighters from receiving 37.5 percent of their salary after 25 years of service to 50 percent. The State will foot the bill for one year after the change. Since lowering the rate to 37.5 percent, we have started seeing an increased shortage in our public safety servant positions. This bill is intended to reverse the shortage. This bill generated a lot of debate on the floor; there was a consensus we need to do more to take care of our public safety employees, but most of these employees are city employees, and the cities should, therefore, be more proactive in funding them. Ultimately, this bill passed in the Senate and will now be considered in the House. 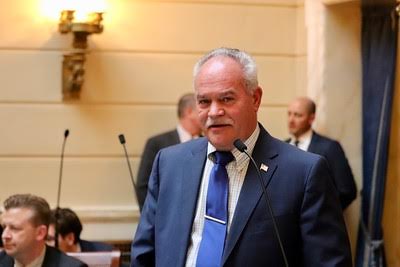 Utah is one of the only states left in the nation to limit the alcohol content in beer sold in grocery and convenience stores to 3.2 percent by weight. There used to be a handful of states with this standard, but in the last couple of years, other states have raised the alcohol content level of beer sold in stores. Because of the widespread change, major beer brands are dropping their 3.2 percent alcohol beers in favor of higher alcohol beers, significantly limiting the options for Utahns. In order to make sure Utahns still have options in grocery stores, SB 132, Beer Amendments, raises the allowable alcohol content of beer sold in grocery and convenience stores to 4.8 percent by weight. This increase is very small; less than half a tablespoon of alcohol per 12 oz. serving. This bill passed in the Senate and will now be considered in the House.

Last year, a group known as Our Schools Now attempted to put an initiative on the ballot proposing an increase in sales and income tax to put more money into education, with a portion of the money going directly to teacher salaries. Instead of continuing with their original plan, Our Schools Now negotiated with legislative leaders to set money aside for education and instead submit a ballot question asking voters if they would support a 10-cent gas tax increase to better fund education. While the ballot question failed, money was still set aside, and Our Schools Now has continued to work with legislators to find a way to disburse funds to schools. The result of the hard work and collaboration is SB 149, Teacher and Student Success Act, which allows for a new form of education funding. SB 149 would allow for local control and innovation in tackling school improvement, while also providing money to be used for teacher salaries. This bill passed unanimously on 3rd reading in the Senate and will now be considered in the House.

In the News: Deseret News

Our economy is strong. However, with the rise of the service economy and the dramatic growth of e-commerce, we have outgrown a tax system was designed for a manufacturing-based economy. The funding source for our revenue is unreliable, which makes it difficult to plan for the future. Without reform, we will have a significant gap between needed and collected revenue. Funding for critical programs such as education, transportation and infrastructure will be jeopardized. The state’s current projected growth allows for more flexibility and security in the budgeting process, making now the perfect time to restructure our tax system.

In order to stabilize the funding source, the guiding principle for this tax reform is to broaden the base and lower the rate. This would prevent the need to increase taxes while keeping the revenue consistent and reliable. Instead, the Legislature is proposing to reduce the income and sales tax rate in Utah. Currently, HB 441, Tax Equalization and Reduction Act, proposes to lower the income tax rate from 4.95 percent to 4.75 percent and decrease the state sales tax rate from 4.7 percent to 3.1 percent.

This bill received a favorable recommendation from the House Revenue and Taxation Committee. You can listen to the committee meeting here.

SB139, Motor Assisted Scooter Amendments, addresses language in state law to make e-scooters legally practical on public streets. Current state law prohibits speed limits on e-scooters and what roads it can be ridden on. Cities and motor scooter industries requested this legislation in order to create formal ordinances and potentially expand it to other municipalities. By regulating e-scooters like bikes, it would allow riders to use busier roads up to 35 MPH but not on highways. Amendments to the bill also include low-speed vehicles, like golf carts, and modify passenger capacity from four seats to six. This bill passed in the Senate and will now be considered in the House.

According to the Department of Public Safety, data on motorcyclist accidents from 2011-17 shows nearly 288 rear-end accidents. In an effort to minimize accidents and deaths with motorcyclists, the legislature considered HB149, Traffic Code Amendments a bill that would allow lane filtering with motorcyclists to travel between lanes and cars when traffic is stopped in the same direction. This condition applies to roads under 50 miles per hour with stopped traffic, and the motorcycle traveling no more than 15 miles per hour. Research has shown this would increase motorcycle usage, reduce road congestion and help vehicles get through traffic efficiently. This bill establishes a three-year sunset review to gather data on lane-filtering and see if this practice is consistent and accurate with research. HB149 passed both in the House and the Senate.

HCR 10, Concurrent Resolution to Address Declining Water Levels of the Great Salt Lake, is a resolution dedicated to education. The sponsor admitted he thought, for most of his life, it was an absolute waste for any water to end up in the Great Salt Lake. Since then, he has learned a great deal about the Great Salt Lake and other terminal lakes existing around the world. A terminal lake is any lake without an outlet; most are salty, and they are extremely important from an ecological perspective. When similar terminal lakes have dried up, it has been catastrophic to the local environment, economy and physical health of the nearby residents.

HCR 10 calls on the state of Utah to study the problem and take action to mitigate economic, social and environmental harm potentially arising from the lake and wetlands drying up completely. The resolution passed in the House and in the Senate Natural Resources, Agriculture, and Environment Committee and will now be considered on the Senate floor.

In the News: UPR

SB 163, Candidate Filing Disclosure Amendments, proposes allowing candidates for public office to provide another address or phone number where they may be contacted other than the candidate’s residential address. In presenting the bill in the Senate Government Operations and Political Subdivisions Committee, the sponsor explained a situation when his 8-year-old daughter answered the door to a person upset about a political stance. He was not at home and he felt like the current requirements put his family, and the families of other candidates, at risk of harm. SB 163 on the Senate floor and will now be considered in the House.

Access video of the bill presentation on the Senate floor here.