There are now less than two weeks left in the session. Sooner, rather than later, I’ll be enjoying more time in my district continuing the work. So far, we’ve passed 155 bills and have many more to before we adjourn until the next session. You can track the status of bills, here. Want to see what legislation I am working on? Click here. 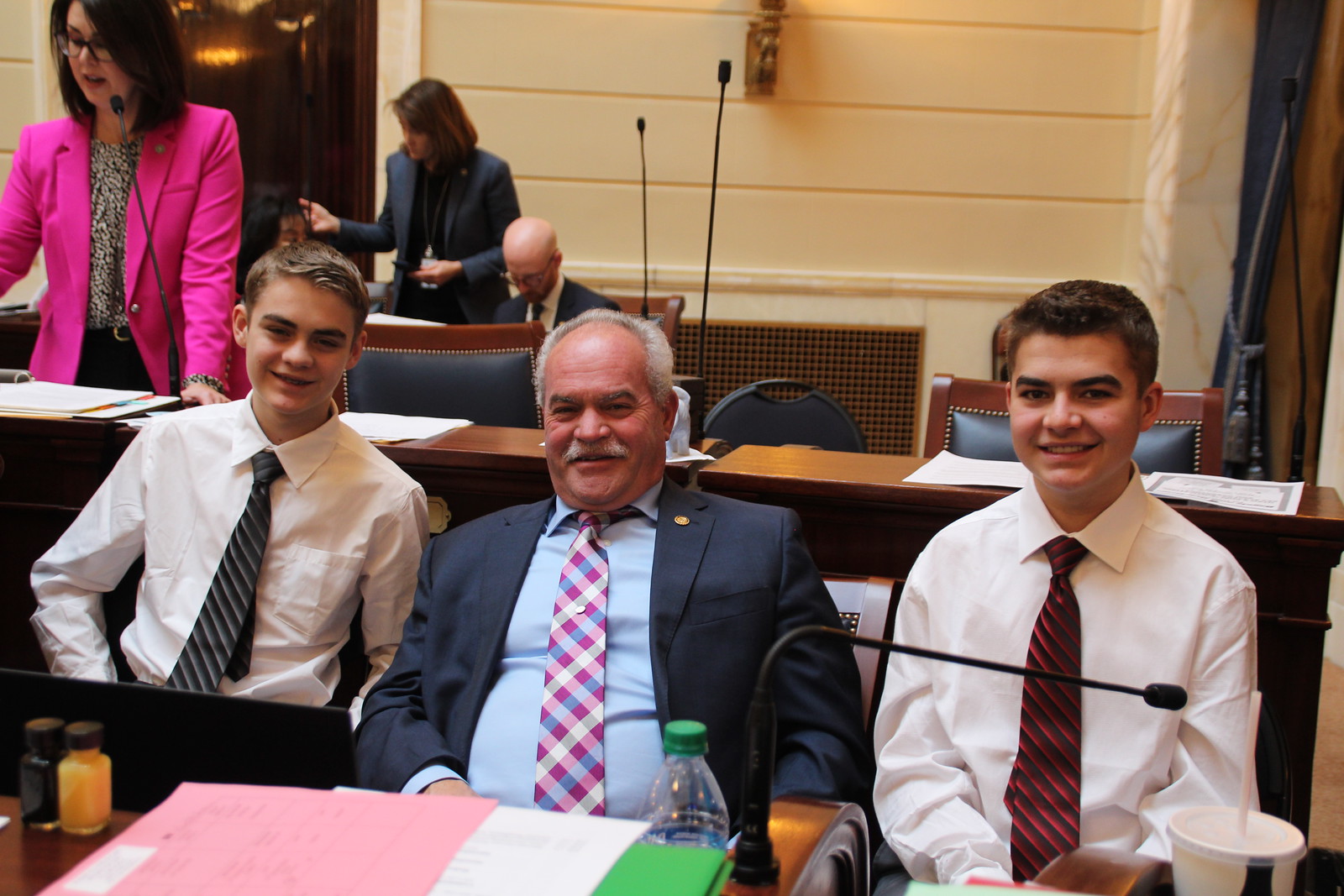 Here are some highlights for week 5 and bills to watch for in the coming days:

Raw Milk Products Amendments – Currently, the state of Utah allows licensed dairies that have passed certain requirements, such as safety inspections, to sell raw milk. H.B. 134, Raw Milk Products Amendments, would allow licensed diaries to also sell raw cream and butter products. This bill passed Senate Natural Resources, Agriculture and Environment Committee with a favorable recommendation and received support from a number of Utah’s farm and dairy groups. You can listen to the committee presentation here.

Managing Wildlife Populations – Did you know that when mule deer populations decline, predator populations can still remain large for up to eight years? This unfavorable ratio puts the mule deer population in crisis. In an effort to better preserve our wildlife populations, H.B. 125 Division of Wildlife Resources Amendments, permits the Director of the Division of Wildlife Resources (DWR) to proactively manage predator populations when there is evidence of a related wildlife population decline. Until now, predator management has only been sanctioned after a population decline has taken place. This bill allows the DWR to take preventive measures before a crisis has set in, and before there is any danger of wildlife extinction. You can listen to the Senate floor debate here.

Small Business Job Creation Tax Credit – Utah has one of the lowest unemployment rates in the nation. While a low unemployment rate is good for our state, some Utahns are still unemployed. S.B. 123, Small Business Job Creation Tax Credit Act, provides a tax incentive to companies that create good jobs with wages at or above the county living wage in rural and underserved areas of the state. This program provides a post-performance incentive for businesses creating jobs for the workers that need it most. Employers receiving this incentive must prioritize employment for disadvantaged populations: seniors, veterans, the disabled, former inmates and individuals previously on a Utah state welfare program. In addition, participating companies must create and staff a minimum number of these ongoing high-quality jobs or pay the incentive back to the state. This bill passed with unanimous support in the Senate and will now be considered by the House. You can listen to the Senate floor debate here.

E-Cigarettes – Data indicates alarming levels of participation from youth 12-18, who easily become addicted due to the high nicotine content. The Legislature has made significant efforts during this session to protect Utah’s youth from the dangerous consequences of vaping. S.B. 37, Electronic Cigarette and Other Nicotine Product Amendments, is designed to create new restrictions and also tax vaping products at a higher level, similar to tobacco products. The bill creates more severe criminal penalties for selling to minors and prohibits certain discounts and giveaways associated with vaping products.

The new tax on vaping products is expected to collect around $18 million during its first year of implementation and will largely be used to fund efforts to prevent vaping and drug use among Utah’s youth. You can listen to the bill presentation here. 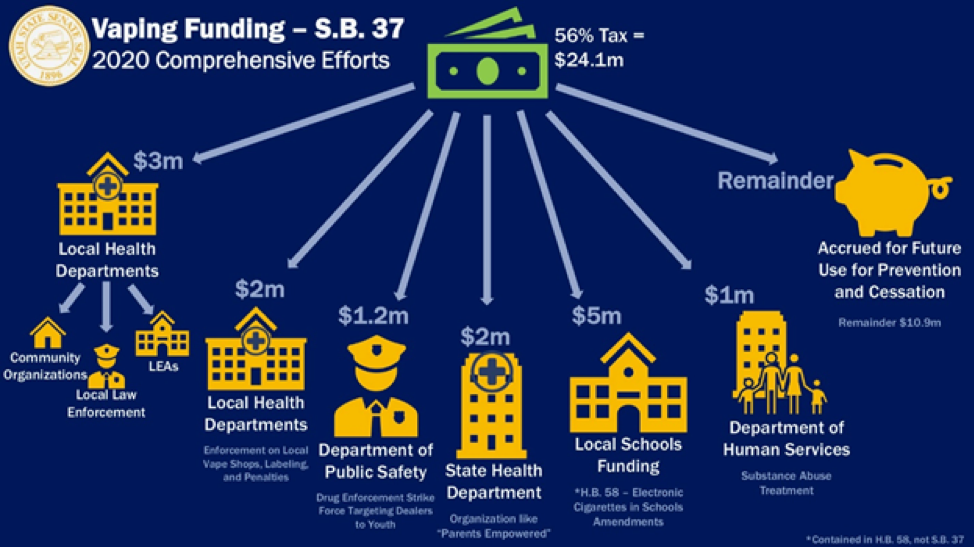